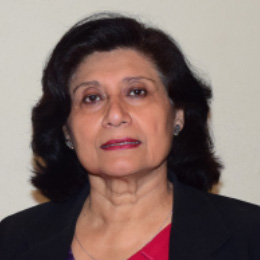 She is the Executive Director at Mehergarh: A Center for Learning (www.mehergarh.org). She has twenty plus years’ experience of working on women’s issues in Pakistan and the United States. Her areas of focus are Human Rights, Gender & Development and Economic Development. In the States, she was more involved in the economic development of women, including Microenterprise Development and Micro Finance. Her recent work is focused on gender equality and creating dignified work environments in Pakistan. She is actively involved in the nationwide implementation of anti-sexual harassment legislation; the two laws that were passed by the Government of Pakistan in the beginning of 2010.

Ms. Husain monitors nationwide implementation of the workplace harassment law and works closely with the federal and provincial governments, the private sector and civil society to facilitate and monitor effective implementation of the workplace harassment law. She guides senior managements of organizations on their role in complying with the law; trains Standing Inquiry Committee Members, HR personnel and others directly involved in the implementation of these laws; supports any difficult or complicated cases of sexual harassment that she is approached with. Since March 2010, when these two laws were passed, she has trained more than 10,000 professionals and facilitated more than 3700 cases. Ms. Husain conducts awareness sessions for the employees of organizations to inform them of the issue and the law and also does television programs to educate the public on these laws and how to use them. 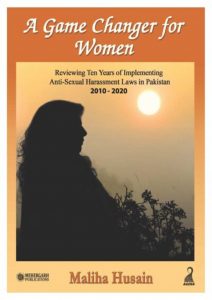